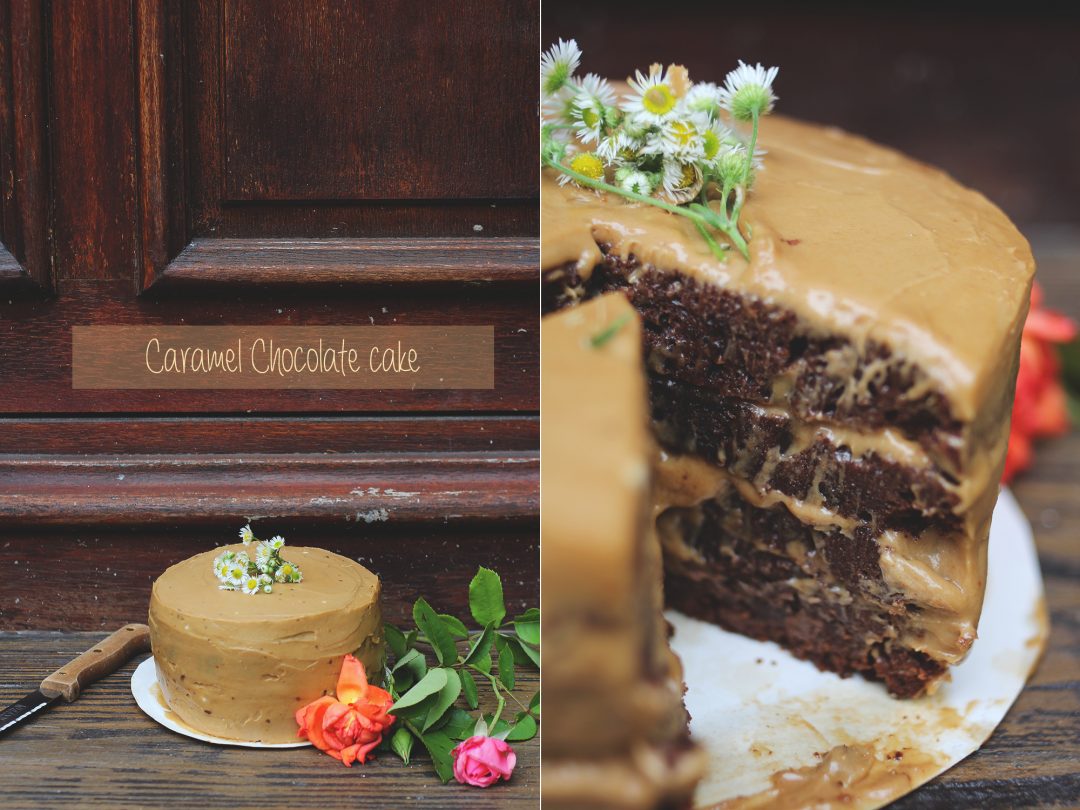 Speculoos. I never thought I would come across my favourite cookies in the form of paste. Actually what I thought I had bought was peanut butter but after the first sweet and creamy spoonful of this yumminess I felt a soothing feeling. After came a second and a third and luckily I could stop myself from eating the whole jar. 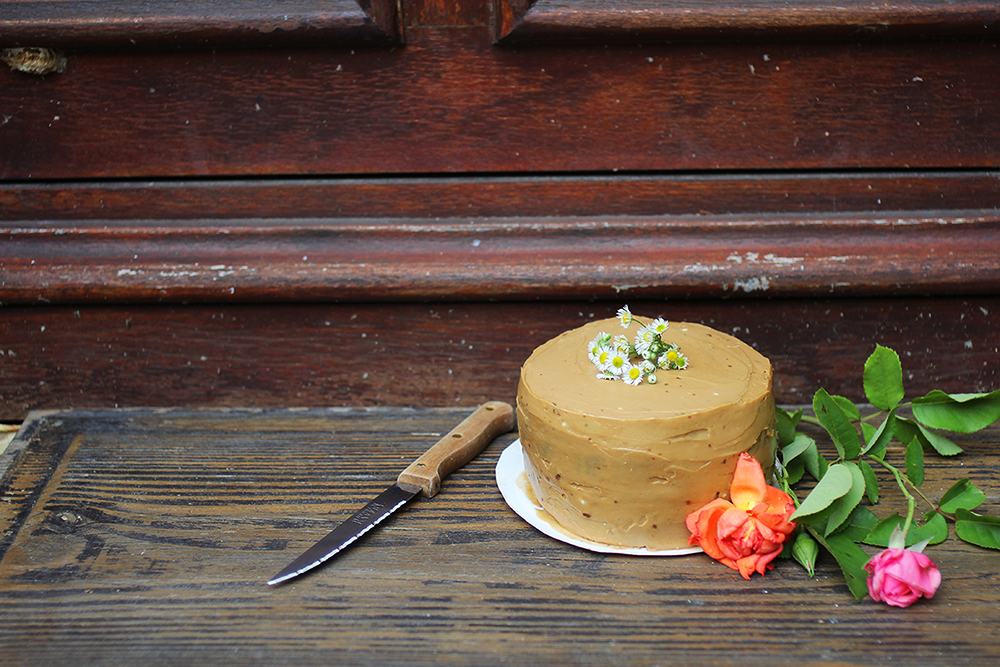 Surprisingly this paste is vegan (according to the ingredients list) but  for sure not the healthiest thing in the world. It has strong and very specific flavour which includes caramel, ginger, cinnamon, even cloves. Speculoos are actually traditional belgium tea cookies. They remind me of the dutch waffles who everybody ate like crazy back there in the Netherlands.

There was no more suitable partner for speculoos than rich cocoa cake with strong espresso flavour. So this is now this new favorite cake happened.

Mix all dry ingredients in a bowl. Add milk, oil and espresso and stir everything until a thick mixture. Pour it into two spring forms and bake each layer for 30 minutes in a preheated oven at 180°. (my form was 15 cmbecause i wanted a taller cake. If you use broader pan, the cake will be flatter.)

When both laters and baked and cooled each is sliced into two layers.

For the frosting mix well the paste and coconut cream. (You can make coconut whip cream by refrigerating a can of coconut milk for one night and beating ony the solid part with a mixer.) Spread the frosting between the layers and around them and refrigerate for an hour. If you perfer a better slice than mine refrigerate more ;-)