It’s somewhat hard keeping a plant-based diet in France. Seriously. There is butter in everything, cheese often subs the dessert and meat is on the highest of praise especially game.

I’m sure most of the people here don’t even now what vegan stands for or just refuse to conceive such poor people exist.

Anyway, last week we went to the local grocery shop which looked like a super market. Instead of superficial color ads everything was shining with the natural bright colors of spinach, strawberries, artichoke, rhubarb, all kinds of apples and leafy greens. My friends told me they never saw me THAT happy, so they took a picture of my happy face. 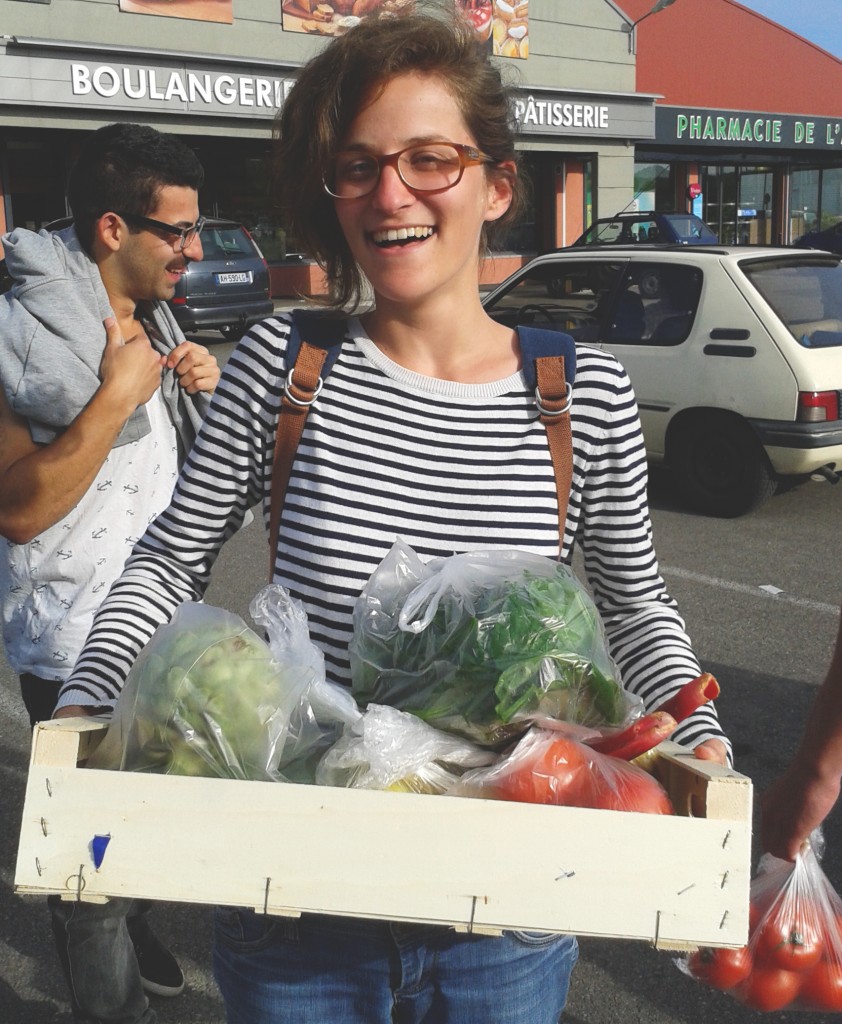 After the first several minutes of euphoria i managed to get myself together and set off to try some new products. Artichoke first (the second try was more successful after watching several videos on how to choose the best one in the market, trim it right and cook with success) then I saw the bright rhubarb and grabbed 2 stalks, some dark courgettes and all the other greens and stuff.

I had never tried rhubarb before and no wonder all the recipes i googled before where with lemon and strawberries included. Its taste is exactly in the middle – it starts with the fresh waking sour punch which flows into the sweetly acerb hint of strawberries or raspberries. Brilliant!

I added it as the jam and fresh and all turned into extremely fresh spring muffins. If you don’t have any rhubarb in hand, sub with straw- ot raspberries for same goodness.

I also happened to overthink my relationship with vanilla during my stay here. It has never been a favourite and a must-add ingredient in my desserts. The choice of vanilla/chocolate has always seemed unreasonable for me, as boring vanilla could never compare to chocolate’s cheery push. But here vanilla comes into place so well. I simply cannot imagine tarte aux pomme (apple tart which is to write about here) without it as well as almost any traditional french dessert.

Cook all ingredients for the jam on middle heat for 20 minutes until reduced. Let cool.

Stir yoghurt and soda in a small bowl.
Beat egg and sugar until pale. Add vanilla, oil, yoghurt mixture and stir well.
Add flour little by little, stiring well between any addition.
Finally fold in the sliced rhubarb and the jam.
Pour the muxture into muffins forms and bake for 20 minutes in a preheated oven.